We are thrilled to welcome  Delaware native 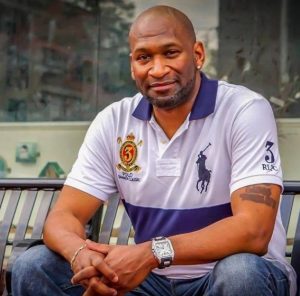 Keith Purnell was born and raised in Delaware. He has been entertaining crowds and audiences in Comedy Clubs and Venues for over 15 years. Keith’s love of Arts and Entertainment has helped him appeared on Fox TV, MTV, B.E.T, and Sirius Radio.  (You may also know him from Howard Stern’s “Kill or Be Killed” comedy competition, “Last Comic Standing” or Comedy Central.) His passion for Comedy is evident in every performance as he goes full steam from the time he starts until he leaves the stage. His quick wit, style, and enjoyable crowd work makes him a hit at any Comedy Club or Venue. He is slowly taking the Comedy World by storm….So Get Ready…He’s coming…..and He’s Armed with Laffs!!! Soon…..Everyone will be shouting his catch phrase……LET’S GO!!

Keith Purnell is also a very accomplished Deejay. Starting at the tender age of 12 years old………Keith became known as DJK. Starting doing house parties for friends, to his High School Radio station, and then onto his College Radio station. DJK now is booked regularly for Clubs, Weddings, and almost any venue requiring musical entertainment. His library includes Classic Rock, Oldies but Goodies, Pop, Country, R&B, Rap, Trap, and many many more!!! LET’S GO!!

Our feature is RACHEL FOGLETTO 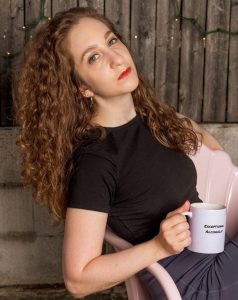 Rachel is a Philadelphia based stand-up comedian who recently released her debut album, “Is This The Test” in April 2022 by Helium Comedy Records. Rachel has performed in many festivals including Limestone Comedy Festival, West End Comedy Fest, and Boston Comedy Festival where she was a semi-finalist. Rachel has opened for many notable acts including Judy Gold, Jessica Kirson, and Laurie Kilmartin, to name a few. Rachel has also been featured as a comic of the week by the Jackie and Laurie Show podcast.

Rachel is a self-described charming over-sharer know for her sardonic wit and enthusiasm for  middle-shelf wine.  She has performed all over the country, and has even made international appearances in Canada and Sweden.  The best compliment she has received to date was from an audience member who told her, “You were so funny you ruined my night.”

Rachel is currently the co-producer of two podcasts: Hot Mistakes, and The Leak Podcast. You can listen to her album or podcasts on Apple Radio, Spotify and most of the places where podcasts  and comedy are found.

and our emcee is a Comedy Club fave 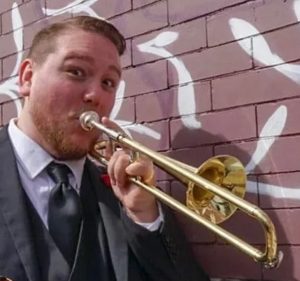 Justin Gonzalez is not only a comedian, he is a story-teller and  gifted musician. Justin is a sought-after classical soloist, a practitioner of the American Song Book and the music of Broadway, writes music to perform with the Justin Gonzalez Trio, and is the lead singer of 33 ⅓ LIVE’s Killer Queen Experience.

No matter the occassion, when Justin takes the stage, all you have to do is sit back and enjoy. 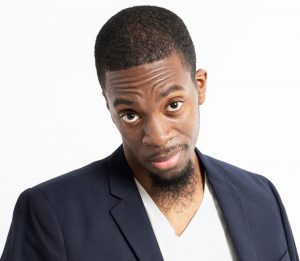 Erik Terrell is a big kid with a big heart. Supporting his Fantasy Football addiction and his loving wife, Erik headlines Comedy venues along the East Coast and works regularly at various New York and Los Angeles Comedy Clubs including Caroline’s, Gotham, the Laugh Factory, and the Stand to name a few. Erik’s debut Stand-Up Comedy Special is on Amazon, Apple TV, Microsoft, and all major cable platforms including DirecTV and Dish. Feel free to resume this bio later if you would like to go check it out now.

Erik was President of the “Hampton Players” drama organization in college. After giving stand-up a shot on summer vacation after his sophomore year at Hampton University in 2011, Erik quickly adopted a new identity as not only actor, but stand-up comedian. In college, Erik hosted and performed on most of Hampton University’s Homecoming and Spring Fest Comedy shows. After graduating from Hampton in 2013, he returned home to Philadelphia where he was soon picked up by Helium Comedy Club. He soon began headlining local shows and bussing himself back and forth to NYC to “stomp with the big dogs.” 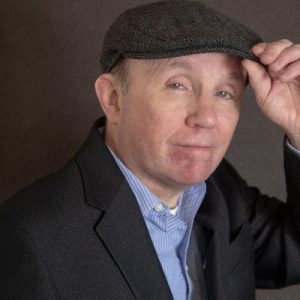 Ed is a very funny topical monologist. Over the years, he has appeared on the Kidd Chris and Opie and Anthony radio shows. He’s opened for the likes of Colin Quinn and Gilbert Gottfried. He was voted the Funniest Irish Comedian in Far Northeast of Philadelphia by The Far Northeast Irish Trumpet newspaper.

and our emcee DELIA AMENDOLIA