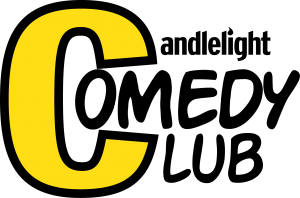 Masks are required entering the theatre and at all times except when at your table. We encourage masks except when eating and drinking.

We are thrilled to welcome back our headliner:

Joseph has been onstage and writing since he could walk and hold a pen, respectively. He’s been a Stand Up Comedian since 1989. A straight forward – no filter, monologist. Original and versatile! THERE IS NO VENUE, THAT IS EXEMPT FROM HIS VAST BRAND OF HUMOR, MATERIAL, AND EXPERIENCES. In short, he’s been on television, in movies, performed at some of the most prestigious arenas in the country – YET he excels at small affairs – as attributed to, “his knack for improvisation.” He’s mostly autobiographical, yet speaks the voices of many!

Born and raised in New York and a “slightly” stereotypical (yet much more diverse and intelligent) product of such. He now lives in suburban New Jersey and suffers the plight of the middle class – unhappily married, proud father … with just the right amount of angst about society, politics … and well, EVERYTHING! Not to oversell him, but few Comedians can read and work a room the way he does – it is a talent and some have called it a gift!

This month our feature is:

Anita is an American stand up comedian and actor who has made numerous television appearances including the Tonight Show with both Johnny Carson and Jay Leno. She was also been seen in several Seinfeld episodes and numerous cable shows.

Anita has been featured at the Just For Laughs Festival in Montreal, performing comedy in both English and French. Her humor is uniquely funny, personable and down to Earth. Just for the record, she likes cake!

And returning as Emcee:

Justin Gonzalez is an independent musician based in Philadelphia who travels throughout the tri-state area and beyond. Justin performs a mix of classical, big band, Broadway, and operatic repertoire. Most recently he added a new genre when he began as lead vocalist for “33 1/3 LIVE’s Killer Queen Experience”.

JOIN US FOR AN EVENING OF LAUGHS!

Please call if you are joining friends. Reservations seated separately.